Why Ireland needs a referendum on abortion 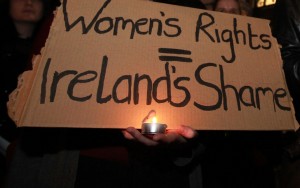 As it stands, Ireland is presenting two faces to the world: one is as the country which celebrated LGBT rights in May, and one as a place that forces women to go abroad to have control over their own bodies.
In May of this year, the world’s eyes were on Ireland as it became the first country in the world to legalise same-sex marriage by popular vote. As Dublin city centre erupted into a sea of rainbow flags, kissing couples and spontaneous proposals, it seemed that after centuries of fierce Catholicism and socially conservative culture Ireland was transforming into a progressive and modern liberal society.
Watching the celebrations unfold, many felt that the same-sex marriage referendum marked a turning point not just for the LGBT community but for wider Irish society. One group in particular which was watching with keen interest was the country’s pro-choice movement. If a compelling case could be put forward for LGBT rights, could the same now be feasibly be done for abortion rights?
Abortion remains entirely illegal in the Republic of Ireland, unless a woman’s life is deemed to be in serious danger. A1983 referendum enshrined in Irish law the country’s that “the life of the unborn” is equal to that of “the mother”.
Read full article: www.newstatesman.com

This entry was posted on Friday, October 9th, 2015 at 8:41 pm and is filed under politics. You can follow any responses to this entry through the RSS 2.0 feed. Responses are currently closed