From Nagpur to Northern Ireland: pill pipeline helping women get round abortion laws 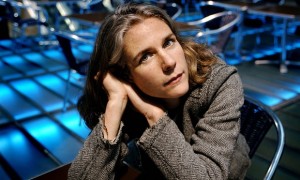 Rebecca Gomperts, the founder of the charity Women on Web, which helps those seeking an abortion. Photograph: Linda Nylind for the Guardian

It’s all a long way, geographically and culturally, from the streets of Belfast nearly 5,000 away. But the two cities are joined by a hidden thread, a pharma pipeline that is helping many hundreds of women in Northern Ireland to get around its stringent anti-abortion law.

From the “Orange City”, as Nagpur, in the Indian state of Maharashtra, is known, a company called NN Agencies sources abortion pills that are freely available across India, and sends them to places where women can’t get abortions. Places such as Northern Ireland.
The man at the centre of the operation is Mohan Kale, a 45-year-old bespectacled entrepreneur with an easygoing nature.
Once this was a business for Kale, but influenced by his wife, Maitreyi, a social worker involved in sex education, he began supplying the tablets at cost (around 72 rupees – 72p – per set of nine pills compared with the retail price of around 900 rupees) to countries where it is illegal. Kale’s other companies make money by exporting treatments for chronic conditions such as diabetes.
“To me it is very clear that the choice of whether a pregnancy is desired or undesired and whether she wants it or not has to rest with a woman because it is her body,” he says, “and she has to have access to resources required to make an effective choice, no matter what the law of the land says.”

Each year more than 2,000 women travel from Northern Ireland to England to have pregnancies terminated, but Aishling was too frightened of being discovered by her boyfriend. She Googled medical abortion and found Women on Web.
“You can’t just say because it’s in another country it doesn’t affect you,” says Gomperts. “Human rights affect all of us.”

This entry was posted on Thursday, January 7th, 2016 at 7:55 pm and is filed under politics. You can follow any responses to this entry through the RSS 2.0 feed. Responses are currently closed