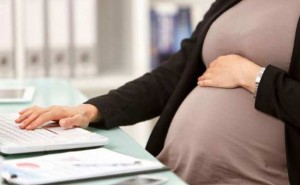 Northern Ireland currently bans abortion in all cases except when the life of the mother is in danger. (Representational Image)

The prosecution of women in Northern Ireland over abortion has become a key campaign issue ahead of regional elections on Thursday, with unprecedented political support for reforming the law.

A 21-year-old woman was prosecuted earlier this year for taking pills to induce a miscarriage, while a mother has been charged after ordering medication over the Internet to help her daughter end an unwanted pregnancy.
The prosecutions have fuelled a campaign against one of Europe’s most stringent abortion laws and a backlash by anti-abortion campaigners and the Catholic Church who have urged voters to boycott candidates favouring reform.
“I am not coming at this from an ideological viewpoint but as someone who lives in the real world,” Ruth Patterson, an independent unionist candidate in the South Belfast constituency.
Patterson is one of a number of candidates calling for an extension of a more liberal abortion law covering the rest of the United Kingdom to Northern Ireland.
Northern Ireland currently bans abortion in all cases except when the life of the mother is in danger.
More socially conservative than most parts of mainland Britain, it never adopted the laws on the issue governing the rest of the UK which were passed in 1967.
The only two European states with stricter laws — total bans on abortion — are Malta and the Vatican. Ireland also has tough legislation banning abortion in the vast majority of cases.

Cracks in the status quo, however, are beginning to appear.
The incumbent power-sharing administration in the UK province unites historic foes the Democratic Unionists — a mainly Protestant party which wants Northern Ireland to stay in the UK — and Sinn Fein, Catholic republicans who want a united Ireland.
Unionists and republicans were divided during three decades of sectarian unrest which killed around 3,500 people and was largely ended by a 1998 peace deal.
The Democratic Unionists pointedly fail to mention abortion in their election manifesto.
Sinn Fein has pledged to legislate in favour of abortion in cases of fatal foetal abnormality, rape and incest.
Launching Sinn Fein’s manifesto this week, deputy first minister Martin McGuinness, claimed rival parties had “run away” from the issue of abortion.

This entry was posted on Monday, May 2nd, 2016 at 9:17 pm and is filed under politics. You can follow any responses to this entry through the RSS 2.0 feed. Responses are currently closed