Abandoned By a Nation 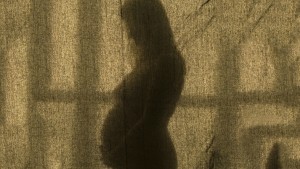 The Center filed a new case against Ireland to stop its health care system from turning its back on women in desperate need of help.

03.13.14 – It’s nearly impossible to go through this life and not encounter a serious medical issue. In those moments of fear, anxiety, and uncertainty, we desperately want information: about what has happened, what will happen, the choices we have, the consequences of our decisions. And we want that information from the people who should know best—doctors and other health professionals.
We filed another lawsuit this week against Ireland with the United Nations Human Rights Committee. A woman named Siobhán asked for our help to demand justice because of the horrendous treatment she experienced in her encounter with the Irish health care system, at a time when she was utterly vulnerable. When she needed doctors the most, they abdicated their responsibilities and abandoned her. They did so because of Ireland’s draconian law on abortion—a near absolute ban—and the deep-seated stigma it has instilled throughout the country.
Siobhán’s story is like many stories we hear coming out of Ireland. She and her husband were thrilled to give their 20-month old son a sibling. They even brought him to the 20-week ultrasound, in 2010, so he could see the sonogram image himself. But there wouldn’t be any joy that day.
A few minutes into the procedure, the sonographer told Siobhán that something was wrong. She did everything she could not to lose emotional control in an effort to avoid upsetting her son.
A doctor performed another scan and told her that she had the condition holoprosencephaly, a disorder caused by a chromosomal abnormality in which the fetus’ brain fails to fully develop. The doctor said that the fetus would likely die in the womb but could possibly go full term. But there was no chance of survival post birth. Then the doctor said, “In another jurisdiction, they would offer a termination, but obviously not in this country.” The doctor then advised Siobhán to carry on with the pregnancy “as normal.”
There was absolutely no way to continue “as normal.” The idea seems outrageous. It’s not hard to imagine the shock Siobhán felt. “It was as if we were in a bad dream,” she writes in her affidavit to the Human Rights Committee. “I was scared about how I was going to cope with potentially another 20 weeks of pregnancy.”

This entry was posted on Thursday, March 20th, 2014 at 1:05 pm and is filed under politics. You can follow any responses to this entry through the RSS 2.0 feed. Responses are currently closed