“Putting the abortion laws into the Constitution was a mistake” 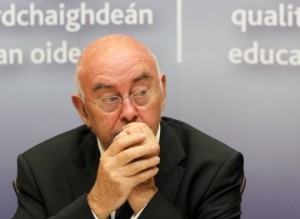 Labour TD Ruairi Quinn has said there is “no question” that Ireland’s abortion laws will change.
FORMER MINISTER FOR Education Ruairí Quinn has said that it was a mistake to add the 1983 amendment to the Constitution which gives equal rights to the unborn.
The Labour TD also said that he believes there is “no question” that Ireland’s abortion laws will become more liberal, and that the current regime means women with money can access abortion in ways that poorer women can’t.
“Putting the abortion laws into the Constitution was a mistake at the time, and it is still a mistake now,” he said.
“In our unequal society, those that can afford to go and get abortions in England will be able to do so, and those that can’t afford to will always suffer the consequences,” he told The Sunday Show on Newstalk.
He made the comments amid renewed calls for a referendum on the 8th Amendment after the recent case involving a pregnant woman who was clinically dead but was kept on life support against her family’s wishes.
The former Minister for Education also said that he believes Labour’s poor showing in opinion polls over the past two years is not permanent.
“Look, I don’t know how many times the Labour Party has been buried, but it keeps on coming out of the ground,” he said. ”I can tell you the number of parties that have disappeared [during the same period”.

This entry was posted on Saturday, January 3rd, 2015 at 11:36 pm and is filed under politics. You can follow any responses to this entry through the RSS 2.0 feed. Responses are currently closed