‘It was the scariest thing I’ve ever done’: the Irish women forced to travel for abortions 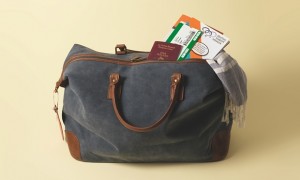 At least 4,500 women from Ireland travel to England each year for an abortion. Photograph: Liz McBurney for the Guardian

Every year, thousands of women come from Ireland to England for abortions – illegal at home, and punishable in Northern Ireland by life imprisonment. These are their stories.
By 10.30am, 10 minutes before her first appointment, Catriona is already grey-faced with exhaustion and so tired that talking is a struggle; her words fall out on top of each other. She is six weeks pregnant and has travelled overnight by boat from a small town an hour outside Belfast to Liverpool for an abortion. She took the boat because it was cheaper than flying and because she had no passport, and didn’t have the money or the time to get one; but it has been a difficult journey and she hasn’t slept. Tonight, after the procedure, she will go back by boat, a second night sitting bolt upright, trying to sleep. This is her first trip to England.
“A lot of bad things have happened to me in my life, but this has been the worst,” says the 28-year-old single mother who, like all the women I spoke to for this article, did not want to use her real name. It’s not the abortion itself that is troubling her; she has two sons already, and no desire to expand her family. It’s the difficulties involved in getting herself, at short notice, to England for a medical procedure considered a criminal offence punishable by life imprisonment in Northern Ireland. In total, the cost of the round trip and the abortion will come to about £570. Over the past three weeks, while saving for the journey, she has cut down on the food for the family and hasn’t bought oil to heat the house. “We’ve been going to my mum’s house, where there’s a fire; she’s been giving food to the boys.”
Catriona hadn’t realised abortion law in Northern Ireland was so restrictive. When she told her GP she didn’t want to keep the baby, the doctor said she couldn’t help her and that travelling to England was the only option; she gave her a piece of paper with a telephone number for the British Pregnancy Advisory Service, who booked her into the Liverpool clinic.
Northern Ireland’s abortion laws have added multiple layers of stress to an already difficult situation for Catriona – expense, secrecy, stigma and logistical difficulties. “I’m not feeling too well,” she says. “I don’t know if it’s tiredness or the travelling, the thinking what is going to happen, the wondering if it’s a good thing or a bad thing.” Her mother’s boyfriend has made the journey with her, to give her support, but no one else apart from her mother knows she is away. “You feel like it has to be a big secret. I didn’t tell the children. I haven’t told my friends… I think they would be sympathetic, but most of them are Catholic and think it’s a sin, so I never mentioned it. There’s so much negativity about it. They make it out to be so bad. You still know it is right for you, but in your head you are thinking, maybe it is bad.”

This entry was posted on Wednesday, November 11th, 2015 at 12:25 am and is filed under politics. You can follow any responses to this entry through the RSS 2.0 feed. Responses are currently closed