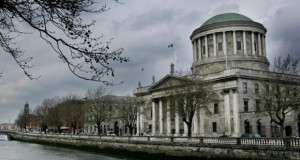 The three-judge High Court, comprising the President of the High Court, Mr Justice Nicholas Kearns, Ms Justice Marie Baker and Ms Justice Caroline Costello found there was no genuine prospect the somatic process would lead to the birth of a live baby.

A young pregnant woman declared clinically brain dead more than three weeks ago may be taken off life support because there is no genuine prospect of her baby being born alive, a three-judge High Court has ruled.
Due to the woman’s rapidly deteriorating condition, the prospect for the unborn is “nothing but distress and death”, the court said.
After giving the court’s ruling, the President of the High Court, Mr Justice Nicholas Kearns, said he was “grateful” to be told there will be no appeal to the Supreme Court.
The fact there will be no appeal means the woman’s family and partner may proceed with her burial.
It is understood life support in the case is likely to be withdrawn within the next 24 hours.
Conor Dignam SC, representing the interests of the unborn, said the court had found the right to life of the unborn set out in Article 40.3.3. the Constitution was engaged in this case and his side believed the court had fully considered and vindicated the interests of this particular unborn. Cormac Corrigan SC, representing the interests of the woman, said he was not appealing the ruling.

This entry was posted on Sunday, April 26th, 2015 at 11:52 pm and is filed under politics. You can follow any responses to this entry through the RSS 2.0 feed. Responses are currently closed