Case seeks to legalise abortion in cases of rape, incest and “serious malformation”

Ireland, San Marino, Malta and Andorra only European countries that prohibit abortion in these circumstances
irishtimes.com, Jun 16, 2015, by Gerry Moriarty 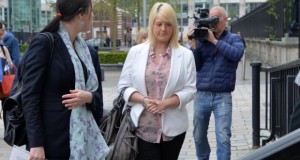 Northern Ireland’s abortion legislation contravenes article 3 of the European Convention of Human Rights which states that no one shall be subjected to torture or to inhuman or degrading treatment or punishment, Belfast High Court has been told.
Nathalie Lieven QC made the comment in front of Mr Justice Mark Horner, who is hearing a case where the North’s Human Rights Commission is seeking to make abortion legal in instances of rape, incest and “serious malformation of the foetus”.
The court also heard yesterday that all countries in Europe apart from Ireland North and South, San Marino, Malta and Andorra allow abortion in cases of rape, incest and fatal foetal abnormality.
Ms Lieven, for the commission, said the issue of abortion in relation to these categories could not be left to the Northern Executive on the basis that it might act to legislate at some undefined date in the future.
The case is expected to last three or four days. Mr Justice Horner is hearing submissions from campaigners representing both sides of the abortion argument with the North’s Attorney General, John Larkin QC, also expected to make an oral submission.
Abortion is currently legal in Northern Ireland where there is a threat to the life of the woman or where there is a risk of a serious and adverse effect on her physical or mental health which is either long term or permanent.
Following a consultation, the North’s Department of Justice has recommended that abortion be permitted in Northern Ireland in cases of fatal foetal abnormality, but this proposed change does not apply to cases of rape and incest.
Read full article: www.irishtimes.com

This entry was posted on Wednesday, June 17th, 2015 at 1:26 pm and is filed under politics. You can follow any responses to this entry through the RSS 2.0 feed. Responses are currently closed