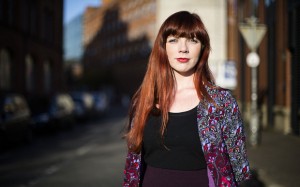 Abortion: Ireland’s Guilty Secret? (BBC Three) was aptly named. In 1967, the Abortion Act made it legal for registered practitioners to terminate pregnancies across the UK at the mother’s request – except, that is, in Northern Ireland, where abortion is still illegal except if the mother’s life is at risk. Women who have been impregnated by rapists, or whose babies have abnormalities so severe that they won’t survive outside the womb, are forced to join the thousand-odd Northern Irish women who take budget airlines to the UK mainland each year to have abortions.

This fascinating documentary spoke to participants on both sides of the debate. The presenter, Alys Harte, met the 16-year-old “pro-life” activists, male and female, who campaign against abortion in downtown Belfast.
Read full article: www.telegraph.co.uk

This entry was posted on Monday, February 9th, 2015 at 3:40 pm and is filed under politics. You can follow any responses to this entry through the RSS 2.0 feed. Responses are currently closed