Government rules that prevent women from Northern Ireland receiving free abortions on the NHS in England have been upheld by the High Court Mortgage. 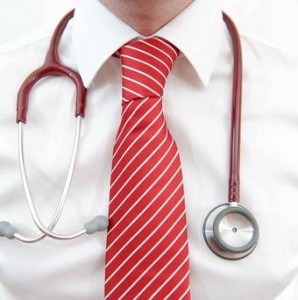 A test case was brought by a girl, referred to as “A”, unable to access services free of charge.
The law on abortion is stricter in Northern Ireland than in England and Wales, where the 1967 Abortion Act liberalised the position.
In Northern Ireland, termination of pregnancies generally remains unlawful unless carried out to preserve the life of the mother.
Mr Justice King, handing down judgment at London’s High Court, said the differences in the legal position had “not surprisingly led to a steady stream” of pregnant women from Northern Ireland to England to access abortion services not available to them at home.
But he ruled that the Health Secretary’s duty to promote a comprehensive health service in England “is a duty in relation to the physical and mental health of the people of England”, and that duty did not extend “to persons who are ordinarily resident in Northern Ireland”.
The judge said the latest Department of Health statistics, relating to 2011, showed over 1,000 women from Northern Ireland had abortions in England, the vast majority in fee-charging independent clinics.
Only five were provided free of charge on the NHS.
He said A was aged 15 when, in October 2012, she and her mother, who helped her bring her legal challenge, travelled to England to have a pregnancy terminated at the Marie Stopes clinic in Manchester.
The operation cost £600 plus travel costs of some £300, half of which was provided by the Abortion Network, a NI voluntary organisation.
The teenager had been denied a termination by the medical authorities in Northern Ireland.
The mother described “the whole experience and stress” of not knowing whether it was going to be possible for her daughter to have the procedure and raise the funds as “harrowing”.
She said in a statement to the court: “Had we known from the outset that we would be able to travel to the UK and that A could have the procedure free on the NHS, this would have significantly reduced the stress and trauma she experienced.”
Read full article: www.belfasttelegraph.co.uk

This entry was posted on Thursday, May 8th, 2014 at 9:20 pm and is filed under politics. You can follow any responses to this entry through the RSS 2.0 feed. Responses are currently closed