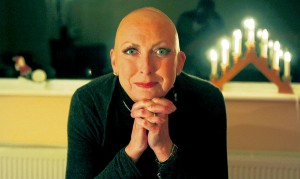 The State has paid substantial compensation to a woman who was forced
to travel to Britain for an abortion despite being terminally ill with cancer.
The case was settled in just three months, her solicitor, Michael Boylan, said yesterday.
Michelle Harte, Ardamine, Co Wexford, sued for violation of her human rights last year after a hospital ethics forum had decided against authorising an abortion on the basis that her life was not under “immediate threat”.
“This was resolved very, very quickly, which is unusual in my dealings with the State,” Mr Boylan said. Ms Harte, a former nurse from London, has since died of her cancer.
In 2010, after she became unintentionally pregnant while suffering from a malignant melanoma, doctors at Cork University Hospital advised her to terminate her pregnancy because of the risk to her health.
Mr Boylan said her obstetrician was willing to perform a termination but was “hamstrung” by legal issues. The issue was referred to the hospital’s “ad hoc” ethics committee.
Read full article: www.irishtimes.com

This entry was posted on Monday, November 26th, 2012 at 5:46 pm and is filed under politics. You can follow any responses to this entry through the RSS 2.0 feed. Responses are currently closed