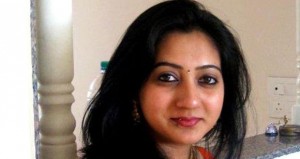 Kitty Holland, the ‘Irish Times’ journalist who first reported the death of Savita Halappanavar, has written a book that will make you both sad and angry
The shocking death of Savita Halappanavar forced Irish gynaecologists and obstetricians to go public about the fact that the abortion ban in the Constitution, and the failure of successive governments to legislate for abortion as required by the X-case judgment, had left doctors in a legislative no-man’s-land

When I had my baby in 1983, one of the brilliant nurses in the maternity hospital came along three days later and sat on the side of my bed. “Now,” she said, “it is my duty to tell you and all new mothers about the natural method of family planning.” “The temperature method?” I inquired. “And what about it?” “It doesn’t work,” she said and proceeded to tell me about something that would.
It was a Catholic hospital – most of them were – and here was a professional trying to obey the rules but determined that she wouldn’t lie to her patient. For decades, Irish nurses and doctors have trodden that often impossible line between rules or laws insisted on by the Roman Catholic Church and the best interests of their patients.
But we heard little of that constant dilemma until the shocking death of Savita Halappanavar forced Irish gynaecologists and obstetricians to go public. The abortion ban in the Constitution, and the failure of successive governments to legislate for abortion as required by the X-case judgment, left doctors in a legislative no-man’s-land.
The clinical director of the National Maternity Hospital, Peter Boylan, revealed the minefield they crossed every day in trying to look after their patients. “The current situation is like a sword of Damocles hanging over us. If we do something with a good intention, but it turns out to be illegal, the consequences are extremely serious for medical practitioners.” The masters of the National Maternity Hospital and of the Rotunda both called for legal clarity.

Read full article: www.irishtimes.com
Olivia O’Leary is a journalist and broadcaster. She does a political column on Tuesdays for RTÉ Radio’s Drivetime.

Savita: The Tragedy That Shook a Nation, by Kitty Holland, is published by Transworld Ireland, priced £14.99
Order: www.amazon.com

This entry was posted on Thursday, October 31st, 2013 at 6:26 pm and is filed under politics. You can follow any responses to this entry through the RSS 2.0 feed. Responses are currently closed